Path to Spirituality – A Students Experience

Today we have a guest post written by Nehal Shah, a software engineer who has taken to meditation to find a simple and worthwhile life. Today he is going to share his experiences with meditation for us to learn and understand: Nehal Shah.

The author was born into a family following the Jain religion. Jain religion has belief system similar to Buddhism and was an off-shoot or kind of rebellion to some of the practices in Hindu Religion. The author considered himself atheist for most his life. As time passed by and life started showing its different facets, author turned to spirituality. The belief initially was weak at best. As author started studying and getting more embroiled. The noble ideas within the spiritual literature overwhelmed him. From being an atheist to firm believer, the path was very short. Even so, the religious rituals seemed mundane and uninspiring. The author turned to meditation. There he started experiencing bliss. Slowly he came to realization that he has arrived. No more seeking, no more ambitions, no more running the rat race, no more trying to impress everyone with flashy gadgets, cars, house, career. Only thing that really mattered was serenity of simple life. The tranquility of gods grace. No more basking in false glories and no more wearing the false masks to impress everyone.

The author in his quest to find the spiritual path read many book from spiritual masters. These spiritual masters belonged to various schools of thoughts including Jainism, Buddhism, Hinduism, Catholicism, Sufism. During this search the author came across a book. “Kundalini for Beginners – The Shortest Path to Self-Realization”.

The writer of this book had accidently activated his Kundalini during meditation. Over time he had many divine experiences. He wrote this book to guide others onto this path. After reading this book the author wanted to get initiated in the order of Kundalaini awakening system.

The author scoured the internet for a revered Guru who had the knowledge and ability to activate Kundalini. There were some Guru’s who had dubious or shady past. It seemed like they are out to make the quick buck in name of spirituality. After researching high and low the author found the initiator who would initiate him into Shaktipat. The author had conversation with this initiator and immediately realized that he will be greatly honored to receive his initiation. The initiator was Bernie. The author humbly requested Bernie to accept him as a candidate and initiate him. Bernie accepted author as candidate and performed the Shaktipat Diksha. Bernie likes to have a friendly relationship with his initiates. He prefers to be a friend in dharma for the sadhaks (Practitioners) rather than be seen as a master, teacher or guru. The author really feels honored by this friendship.

This initiation into kundalini awakening is called Shaktipat. Once the initiation completed the author started meditating on regular basis. The idea is that Shakti (Cosmic force) will guide the initiates into higher level of spirituality. Over time the author went through various experiences. The experiences generally happen during meditation sessions. But sometimes experiences happen even if the person is not meditating. Some of the experiences are listed below:

1. The author experienced Kriya’s. This are automatic movements of body which may involve exercises from Hatha-Yoga.

2. The author experienced Lucid Dreams. Some of the dreams were scary and involved wild animals including Cobras, Tigers, Lions etc.

3. The Lucid dreams also seemed like OBE (Out-of-body) Experience, where author flew around the landscape.

4. Throbbing and twitching of muscles in very intense manner for very long duration.

To this date, author is experiencing different yogic and divine episodes. But, overall these experiences are still at elementary level. Author is still at base of the mountain and has arduous climb ahead. The author considers himself lucky to have constant guidance of Bernie and support structure in form of online meditation community. The Community has been a source of inspiration as well as place where like minded people share their views and practical problems they face on path to spirituality.

To understand where author is with respect to his practice it is important to understand the stages of meditation practice.

Many times the practitioners of meditation want to classify the stages that one will go through. This helps them evaluate where they stand. These stages are dependent on the type of meditation a person is undertaking.

Bernie recommends that practitioners meditate using “Space-Between-thoughts” method. He advises that this is transcendence, as there is no need for path to transcendence in the space between thoughts.

According to Bernie the results of meditation are accumulative, even if it doesn’t feel like they are. The more a person practices, the deeper they will go. When Bernie first learned to meditate he went through the following four distinct stages:

The initial discomfort stage where the practitioner has a heightened awareness of the body’s condition. This stage includes all physical discomforts, aching legs, sore back, itches that require the remedial scratch and anything else the body focuses attention on that needs rectifying.

2. The chattering mind stage: In this stage his thoughts and feelings wanted to do anything but meditate. It was a good time to think about just about anything. He pulled the thinking processes up each time it wandered and just brought the mind back to watching the breathing and forgot the mental chatter.

3. The 3D blackness stage: After the mental chatter died down the blackness in front of his closed eyes became darker and darker until it seemed like a deep, rich, thick blackness that was three dimensional. This is the Causal stage, it is the same stage that one experiences in deep sleep only this level arises in full awareness for the meditator. It was in this state that he lost his body consciousness and all sensations. He just felt like awareness without a body.

The author is still at base of the summit. Nirvana is still very far off. But, light is visible at end of the Tunnel. The author is somewhere between the “Chattering Mind stage” and “3D Blackness stage”. The author is at a stage where ordinary issues of life, whether positive or negative does not have a major impact on him. He feels bliss and feels really close to god. Goal is to be self-realized. In non-dualistic terms, drop the “I” and rest in divinity. The path is long and author will preserve. To be liberated is final goal for all humans, and the author will never cease till this goal if attained.

Do you want to share your spiritual experiences with us? Do you have something to add? Simply leave a comment and we’ll get right back to you. 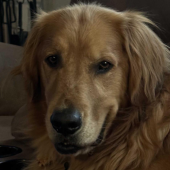 Supermoon: The Biggest Moon of the Year

How to Master the Lotus Position